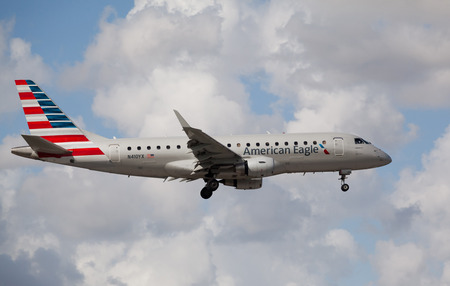 American Airlines crew robbed on their way to airport

Early Tuesday morning, American Airlines flight 1204 San Jose, Costa Rica – Miami was delayed seven and a half hours for an unusual reason: The team’s van, which was traveling from Miami to the airport, was stopped in the street and the team was robbed at gunpoint.

We are aware that members of our crew died on the 16th. March en route to Juan Santamaria International Airport (SJO) were unfortunately victims of a crime. Our security team is in close contact with the local police and has immediately taken reinforced measures to ensure the safety of our team members.

This is not something that usually happens on American Airlines destinations. Three years ago, American Airlines was one of the last airlines to fly to Venezuela. Even when the Venezuelan government seized the company’s ticket sales revenue (the company stopped selling tickets in local currency), it remained profitable.

On flights to Caracas, the military removed suitcases from planes for looting. When the bridge collapsed due to total neglect of infrastructure maintenance, the Iberia crew had to go to the airport. Stewardesses working on flights to Caracas were given advice on how to avoid being kidnapped.

But Costa Rica? San Jose is generally not one of the most dangerous cities in Latin America. Although it is far from ideal to be out and about before sunrise. And for Americans being flown in, it’s double. To enter the realm of speculation, I would expect the driver of the van to find something on the road that gives him a reason to stop.

Fortunately, everyone working on American Airlines 1204 is safe, but shocked.