Can Key West & The Cruise Industry Come To A Compromise?

Last November, Key West residents passed a series of resolutions limiting the size of cruise ships calling at the southernmost port in the United States and the number of passengers allowed to disembark each day. The third ballot question, which like the others passed overwhelmingly, would have allowed the city’s port to grant priority access to cruise lines with good environmental records. 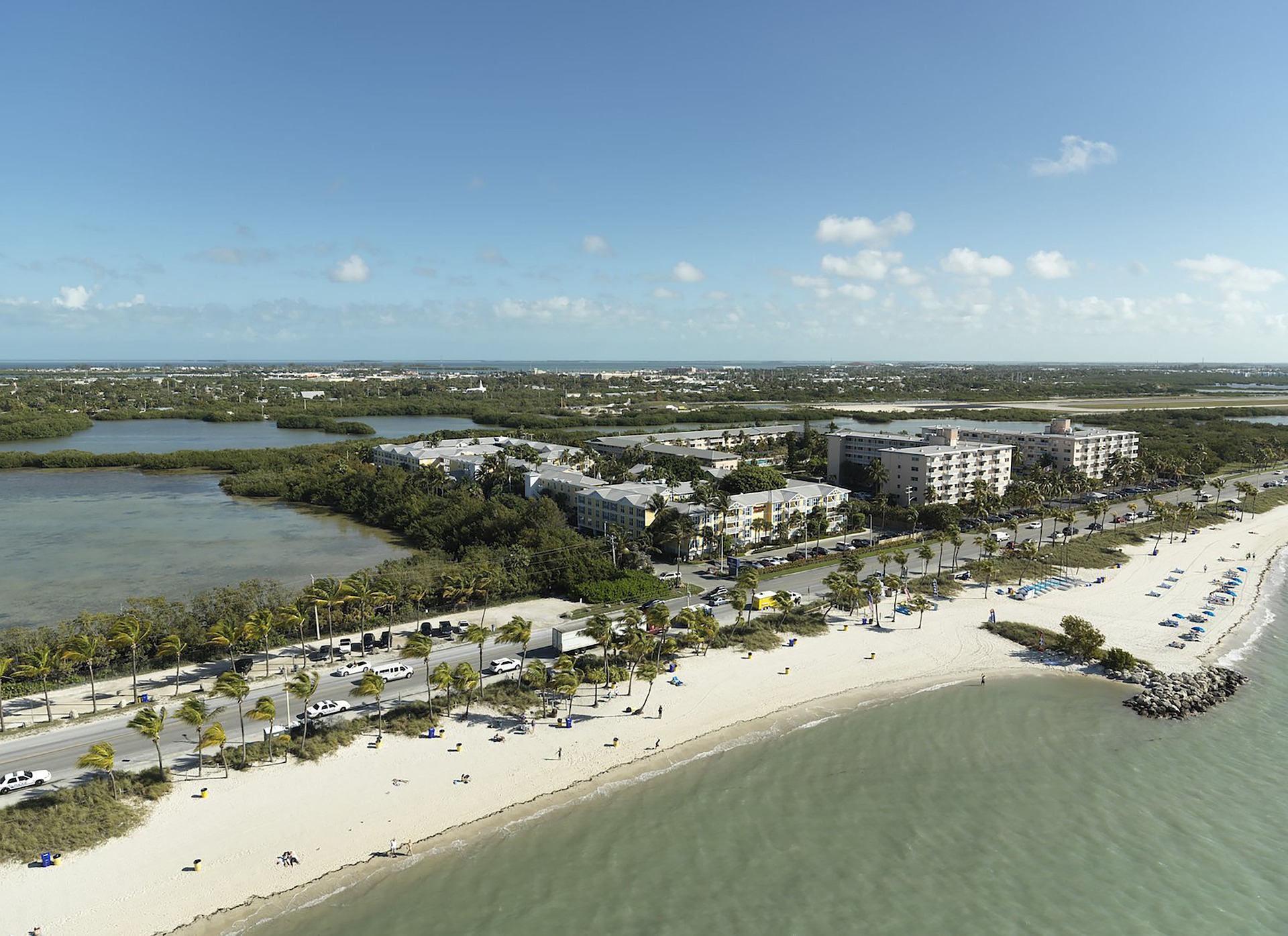 It wasn’t the first time voters in Key West tried to put the brakes on an industry that brought nearly a million visitors to the coast in 2019. A 2013 referendum to fund a study to dredge and widen the canal to accommodate larger ships was overwhelmingly rejected by 74% of voters.

It’s certainly not the first time Port City residents have objected to cruise tourism, which can attract thousands of visitors at once and create a divisive dollar and disruption. From Barcelona to Bar Harbour and from Grand Cayman to Venice, the debate rages on about the pros and cons of cruise tourism on large ships.

This is a complicated issue. Cruise lines say the arrival of their ships in Key West means a cash injection for local bars, restaurants, tour operators and retailers. It is said that many customers who first visit a destination by boat then return as more expensive land tourists. Cruise line owners and employees generally agree.

However, those who want to clamp down on cruise lines argue that with a local population of only 25,000 and a unique and fragile natural environment, accommodating 6,000 cruise guests per day is just too much. Key West lies in the middle of the third largest barrier reef in the world, and ships pass through the marine reserve on their way to port. 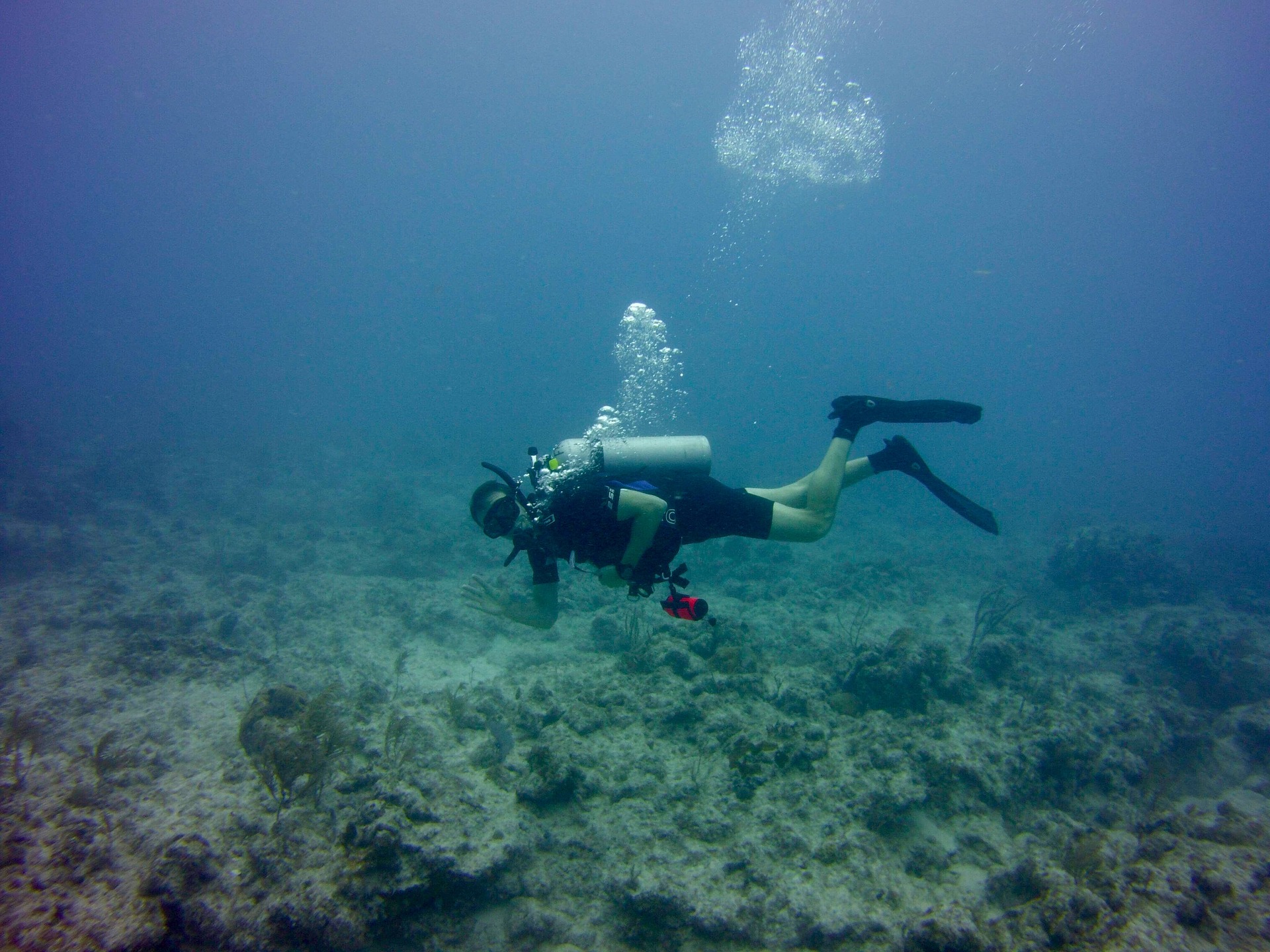 Environmentalists say large ships like the 84,000-ton Disney Magic, which carries 2,400 passengers, are stirring up the seabed and causing chronic turbidity that damages reefs and aquatic life.

For example, Carl Hiassen, a well-known Florida writer and columnist for the Miami Herald, described the cruise scene in Key West in a recent article:

Before the pandemic brought the cruise lines to a halt, a busy day at the Mallory Square docks meant up to three huge ships and more than 6,000 passengers – a pale rush of pale pilgrims scouring the aisles for rum drinks and cute rum drink t-shirts.

Research by the Key West Committee for Safer, Cleaner Ships shows that cruise ship tourists make up about 50 percent of Key West visitors, but only 7 percent of tourist spending.

Arlo Haskell, a leader of the group – which sponsored the petitions that put the cruise proposals to a vote in November – told Cruise Radio that a year without cruise ships clearly showed residents the environmental benefits of keeping cruise traffic in check in the future.

The removal of the cruise ships has led to a notable improvement in water quality, and people are looking at the environment with different eyes. It was the period without a veil due to the pandemic that gave this movement the right impetus, Haskell said.

We are not against the cruise industry. We just say: Send us your small ships. These big ships have room, but not here. And I wonder why the cruise lines want to take their ships where they are not needed. 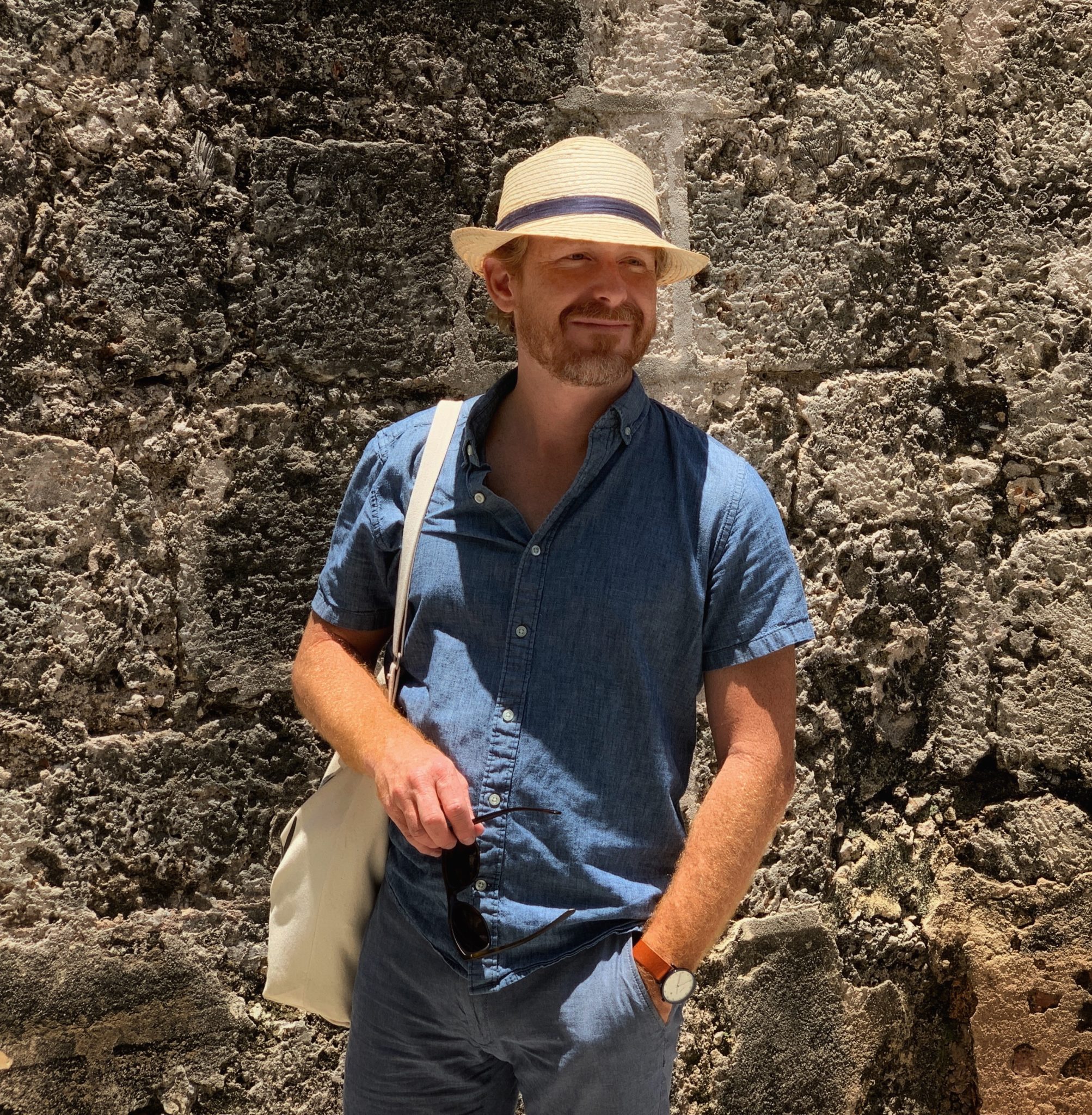 Haskell also pointed out that despite the lack of cruise ships last year, Key West is experiencing a booming tourist season, with higher bed tax and sales tax revenues than in years past. Some of this can be attributed to the fact that the global health crisis has limited opportunities to travel outside the United States or raised the barriers.

Instead of a productive and transparent discussion between the parties involved, the dispute over the cruise in Key West has taken an unglamorous turn.

The Miami Herald newspaper accused the cruise lines of funding a $250,000 disinformation campaign. The $200,000 debt cancellation before last November’s vote, noting that by limiting cruise ships and the passenger and berthing fees they pay, vital police and fire services would be dismantled.

Haskell calls this argument a diversionary tactic and points out that passenger and port fees should be spent on maintenance and improvement of the port.

The problem is far from being solved

Despite the campaign, three ballots passed with a 60-80% majority. But that was not the end of the matter.

The day after the vote, city manager Greg Veliz told the local Case Weekly that lawsuits and other complications were sure to follow. Veliz told the newspaper that if the laws are enforced in their current form, the cruise lines can simply stop sending ships to Key West.

I have no hesitation in telling you exactly what I have been told (by representatives of the cruise industry): Inviting small ships to Key West but not the big ones is like inviting me to your dinner party but not my wife and kids, he said. 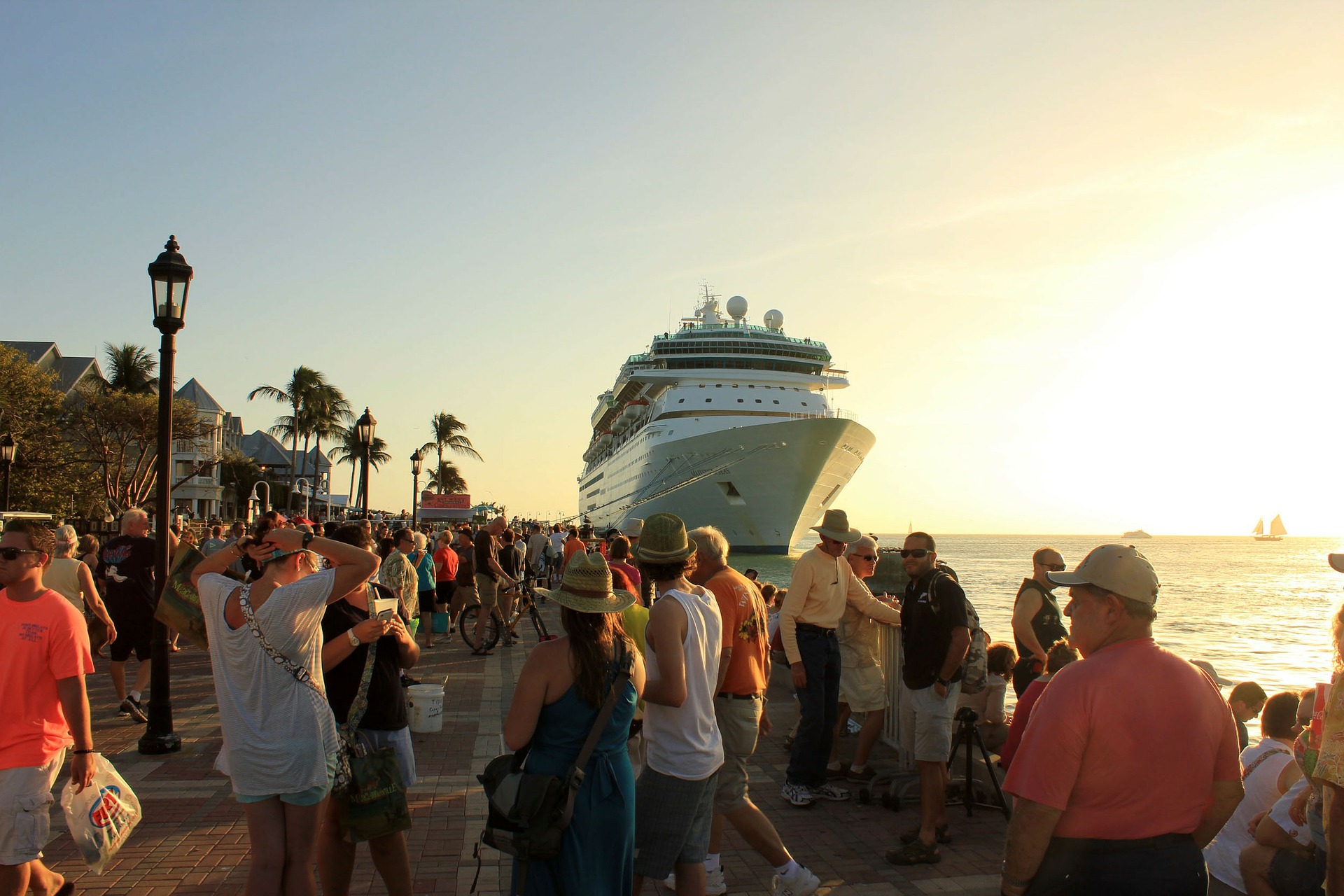 Probably the biggest threat to the wishes of Key West voters is the bill currently being piloted through committee for a final vote in the Florida Legislature.

It argues that the power to regulate seaports should rest with the federal and state governments because the economic impact of a seaport extends far beyond the local jurisdiction in which the port is located and contributes significantly to the economy of many cities and counties in the region and to the state economy as a whole.

Tourism is a symbiotic relationship

If the bill passes, the cruise lines and their supporters in Key West will win – more or less. But tourism is a symbiotic relationship, with responsibilities for hosts, visitors and the businesses that bring tourists to their destinations. Bullying the locals with campaigns and laws that override their wishes does not seem like a positive approach to current relations. 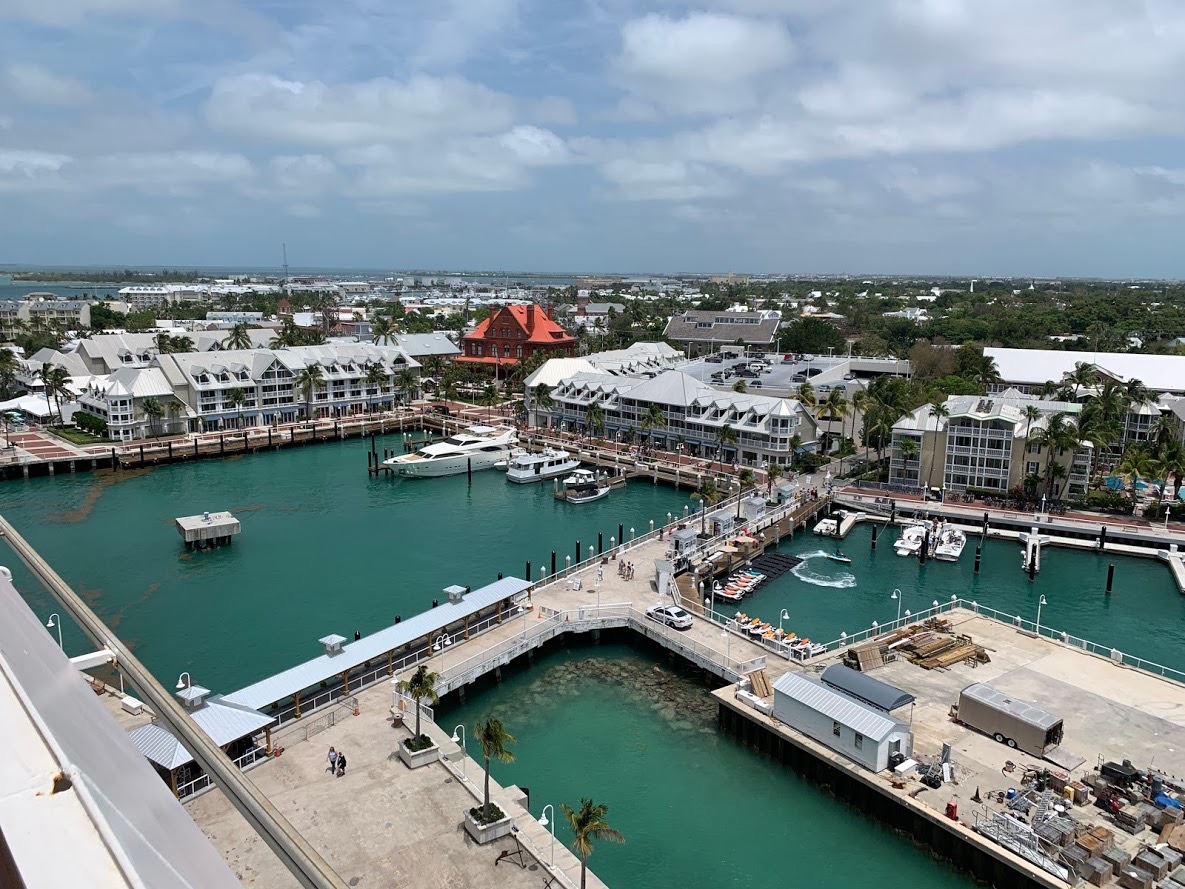 Richard Fain, CEO of Royal Caribbean Group, seemed to agree when asked about the mood in Key West during Travel Weekly CruiseWorld last November. He said the negative result shows that the industry needs to improve communication with port communities.

Fain described the outcome of the vote as disheartening, but added: I think in the long run the economic value of the cruise to the community is very high. I am proud of our contribution to local communities, and we need to show that better.

Haskell said that even if Key West’s votes are overturned by the state law, the cruise industry will face opposition from dedicated and, in some cases, angry Key West residents. People will become very unhappy with the cruise industry. The vote that was recorded here is irrelevant. The coral reef doesn’t seem to matter. People are angry, frustrated and disappointed.

READ MORE: 9 Private islands on the cruise line and where they are located

After passing Key Largo, Islamorada, Marathon, Big Pine Key and all the other small islands of the Keys, you will arrive in Key West, a city known worldwide for its LGBTQ friendliness and offering many other opportunities to explore and discover.

What to avoid in Key West

5 pitfalls to avoid when vacationing in Key West …

Are there crocodiles in Key West?

Crocodiles have been in the Keys for a long time. They are most common in the Upper Keys, but have also been seen to the south, on Big Pine Key and in the Dry Tortugas, said Lindsey Hord, crocodile coordinator with the Fish and Wildlife Conservation Commission.

6 Insights Into The American Airlines Strategy For Recovery, As Told To Airline Employees