How to Support the Return of Cruises from the U.S.

The current situation in the United Kingdom, where a return to cruises for domestic travelers is inevitable, has led to a flurry of questions in the United States from members of Congress, governors and mayors of cities that depend on the cruise industry. Not to mention the general surprise that cruising in the U.S. is still not an issue for the CDC.

At this time, the CDC’s decision to maintain the conditional boating ban until it expires is at 1. November, causing several cruise lines to turn to new ports, move ships to new ports, and seek options outside the United States to survive.

This is not only causing problems for the cruise industry; millions of people depend on this industry for their jobs and income, and 300,000 jobs have already been lost.

Since early March, cruise lines have been busy preparing for the start of UK cruises in June. As you can see, there is a 90 day period where ships must come out of a cold or hot anchorage to be fully operational again.

In addition, most ships require vaccinations to be administered to most crew members and ships must be equipped with basic necessities.

These are just a few steps to take before boarding a cruise. If the ships enter the US in July, which seems like a logical option now that President Biden has announced a recovery in US tourism. But there are many things to do, and they must be done now.

The most important thing is to put pressure on the CDC to start considering the cruise industry as an important part of the economy. 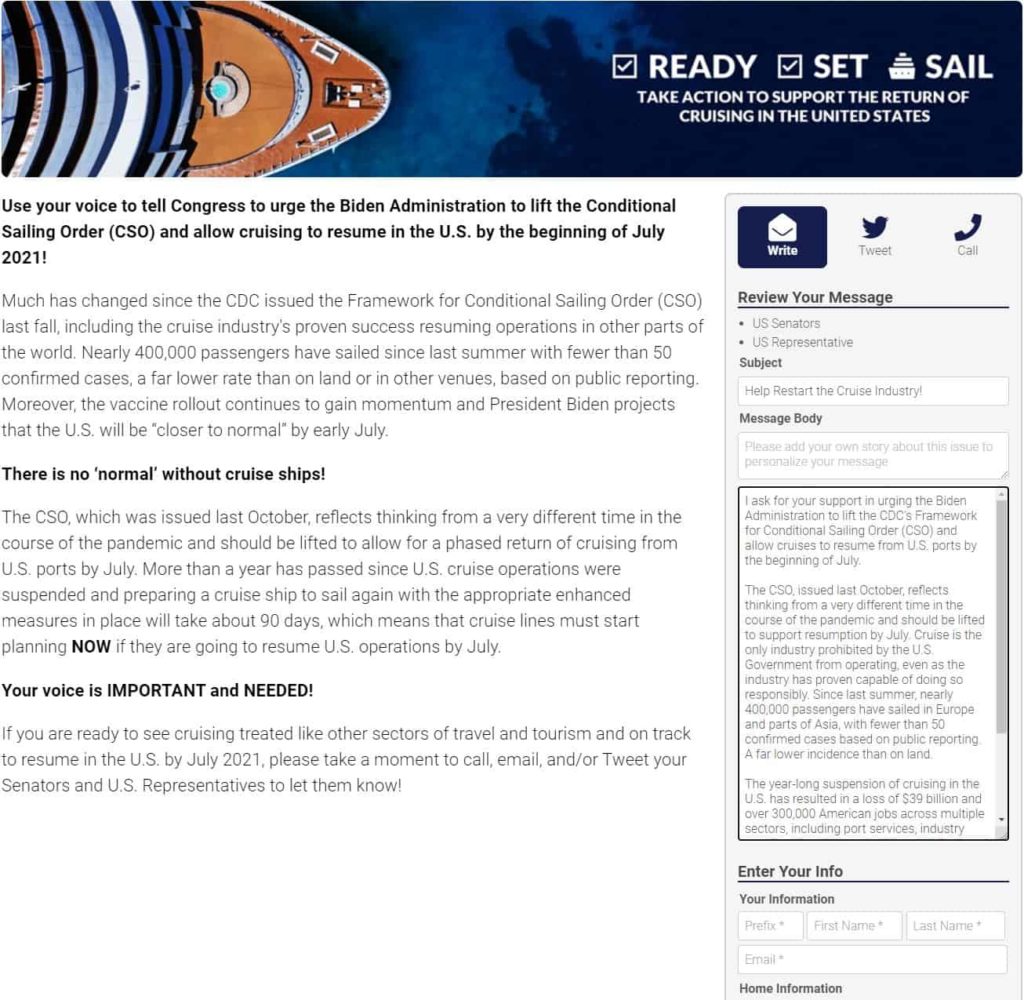 This pressure comes from senators, governors and other representatives in your area. That’s why CCPA has created an action page where you can write to your MP to make your voice heard!

A strong message of support for cruise ships will help!

The CLIA’s message has already been written for you on its website and reads as follows:

I ask for your support in urging the Biden administration to rescind the CDC’s Conditional Sailing Agreement (CSA) framework and allow cruises to resume from U.S. ports in early July.

The CSO published last October reflected thinking at a very different time in the pandemic and should be removed to support the July recovery. Cruising is the only industry banned by the US government, although the industry has proven its ability to act responsibly.

Since last summer, nearly 400,000 passengers have traveled in Europe and parts of Asia, and fewer than 50 cases have been confirmed, according to public records. Much less than on Earth.

The years-long suspension of U.S. cruises resulted in a loss of $39 billion and more than 300,000 U.S. jobs in various industries, including port services, industrial suppliers, hotels, travel consultants and airlines. The CSO needs to be lifted as soon as possible to get these US jobs back on track and allow shipping from US ports, with proven measures, by July.

Thank you for your support in this important matter.

Call, email or tweet your US Senators and Representatives and let them know that you want to be treated just like other segments of the travel and tourism industry and be able to travel to the US in July 2021!

Your support is essential to the return of the cruises. Not just for the cruise lines and the thousands of crew members who have been waiting at home for over a year.

But also for retail businesses, hotels, farmers producing food for cruise ships, airlines who no longer have vital income and are being laid off. 300,000 American jobs lost!

With 400,000 passengers in Europe and Asia in recent months, the cruise industry has shown that it is indeed possible to sail safely. It’s time for the CDC and other government officials to see that too. 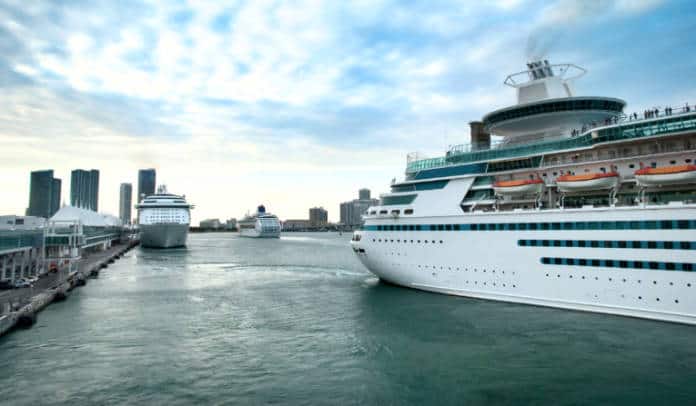