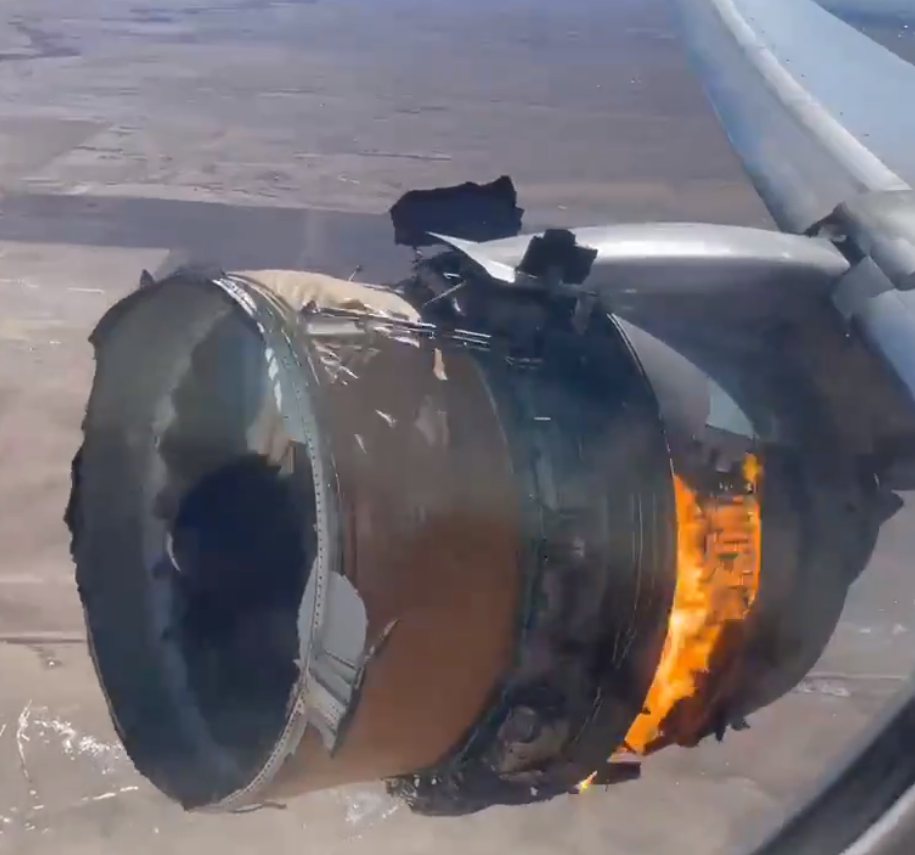 United Airlines flight UA328 from Denver to Honolulu had just taken off when the right engine inlet of a Boeing 777 came loose.

The plane, with 231 passengers and 10 crew on board, stopped climbing at about 13 000 feet, turned around and landed in Denver 23 minutes after takeoff. That would have been a very long time, 23 minutes, for the passengers on board.

Flight 328 @ engine fire. My parents are all good on this flight! pic.twitter.com/cBt82nIkqb

Incredible photos from Hayden Smith of the UA328 with an engine failure shortly after departure from Denver #UA328 #Denver #UAL328 pic.twitter.com/JF89Q8lPua

Engine parts fell in an area about 17 miles west of Denver, near Broomfield, Colorado. Explosions and smoke have been reported.

A United 777 plane drops engine parts near Colorado shortly after taking off from Denver Airport. The plane has landed safely. https://t.co/DLcpS5pXGF pic.twitter.com/GwCCkONq5i

Such events occur from time to time. Here’s another United Airlines flight to Hawaii that experienced something similar. It usually works pretty well, although Southwest Airlines 1380 is a big problem.