This Orlando Airport May Be Forced To Change Its Name

This Orlando airport may need to change its name

Orlando Airport will drop the battle for the Orlando name as part of a deal with Orlando Melbourne Airport. 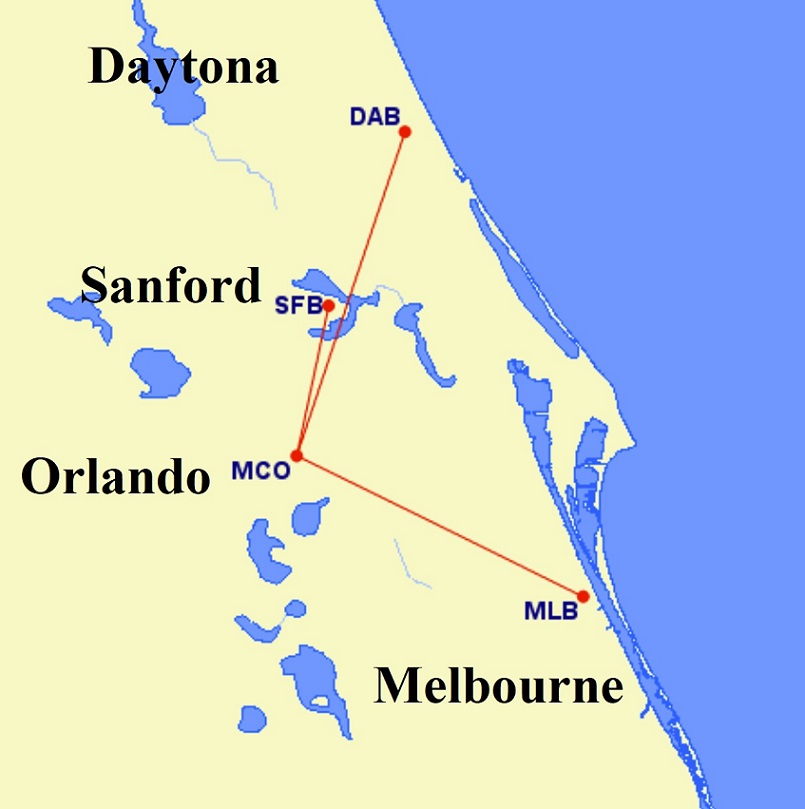 Since 2016, the Greater Orlando Aviation Authority, which operates Orlando International Airport, has been trying to get Orlando Melbourne to stop using the Orlando name. They say it disrupts consumers, but their interests are passenger revenue, not consumer welfare. And it’s not like the confusion is in people flying to Melbourne.

Honestly, it would be hard to fly into other Orlando airports if you didn’t. This is evident from their 2019 figures.

In 2017, members of the Greater Orlando Aviation Authority, including Orlando Mayor Buddy Dyer and then-Orange County Mayor Teresa Jacobs, boarded a chartered bus with an Orlando police escort to a meeting with Melbourne officials in Brevard County to protest the use of Orlando to benefit Melbourne Airport.

In an unrelated lawsuit, the Greater Orlando Aviation Authority is also opposing the Sanford Airport Authority’s attempts to obtain a trademark registration for the name Orlando Sanford International Airport.

However, I wonder whether, in terms of consumer confusion, the name Melbourne will not cause problems when people who want to go there end up in Australia.

Yes, Orlando, Orlando Sanford and Orlando Melbourne are a bit confusing – as are New York LaGuardia and New York JFK for those who don’t know how to google – but this is common in the travel world.

United Airlines claims that Newark is New York (which is true to some extent, if by New York you mean Staten Island). Allegiant says Mesa, Arizona is Phoenix. And the airport in Manchester, New Hampshire, is called Manchester-Boston. And the Cincinnati airport isn’t even in Ohio (it’s in Kentucky). Just to name a few.

It is as if European low-cost airlines were telling their passengers that Bratislava is Vienna, although these are the capitals of two completely different countries.

This is not even limited to airlines and airports. A few years ago in Northern Virginia, the Southern Sheraton was not the closest Sheraton to the Pentagon. It was the National Sheraton, which in itself is not the closest to the national airport. It was the Sheraton Crystal City, which is now the Westin.

Vaccinated Americans Are Ready To Travel