Most time in life you always trying to find a new place to live. Actually most the time, we’re letting you know about places you shouldn’t live but hey that’s what people want to see, I guess. Today we’re looking at 10 of the best towns to live in the United States for 2021.

That’s easy right! We just look at the wealthiest towns and bam, there’s your list. Yeah! We’re not doing that we will be looking at places that are safe, have good schools and are affordable.

Most importantly affordable, wealthy neighborhoods are nice at all but 99% of us won’t be living there. Anytime soon until YouTube or Websites or any jobs starts paying us about a000 dollars an hour to watch videos or something like that.

Today’s list is about 10 of the best affordable towns to move to for 2021. In other words, towns that are looking good, those are in good shape for the post pandemic days. This is another list that I could add 30 or 40 towns on it but now only do 10 here. So, that’s what we’re going with.

Alright, let’s see what we found.

At starting, we have the exciting town of Bentonville, Arkansas. Actually, it’s not that exciting and I think that’s half the appeal. Bentonville is right outside of Rogers, Arkansas with about 43000 residents. It’s in that northwest corner of the state. 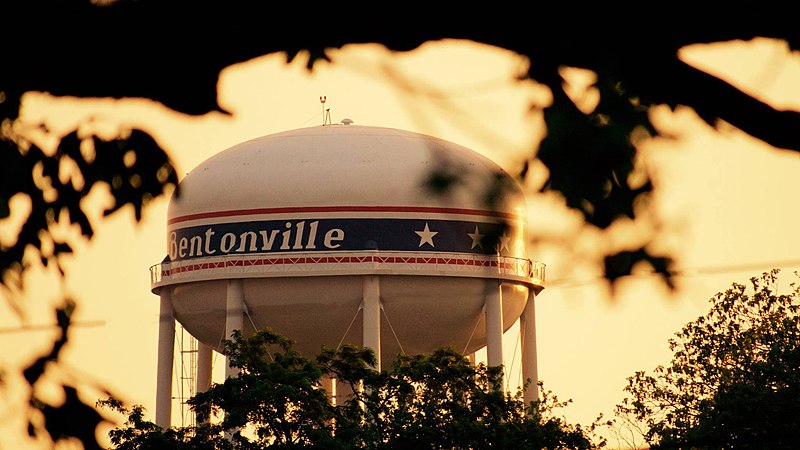 The average two-bedroom apartment is gonna be about $850000. That’s the average don’t quote me something, you found on craigslist and tell me I’m wrong. The poverty level in Bentonville is 48% lower than the national average. That is phenomenal for Arkansas if you know anything about Arkansas. They’re known for their poverty, not this part of Arkansas.

Edmond is a city in Oklahoma and its part of the Oklahoma City. Metro area even though. It is in the sooner state. It’s a nice place to live. Edmond is ranked as the best place to live in Oklahoma. By several different websites over 88,000 residents probably already know this.

They have a lot of really nice residential areas with well-maintained yards. Here’s a little pro tip for you, if you’re looking for a new place to live. If most of the streets in a neighborhood have, maybe one or two overgrown places. It’s a nice town if half look like they haven’t seen a lawnmower, since the Clinton administration. Look for someplace else to live.

The cost of living is 5% lower than the national average which is amazing. Because, if a place is nice, it normally costs a bunch to live there, not Edmond. Crime is 36% lower and a decent home will run you about 225,000. That’s not bad. This is another great thing.

The poverty rate in Edmond is 34% lower than the national average. Edmond is a really nice place to live.

Bethel Park was originally settled around 1800 and was first established as Bethel Township in 1886. Bethel Park was incorporated as a borough on March 17, 1949 and it’s pretty much a suburb of Pittsburgh. Best way to explain it. 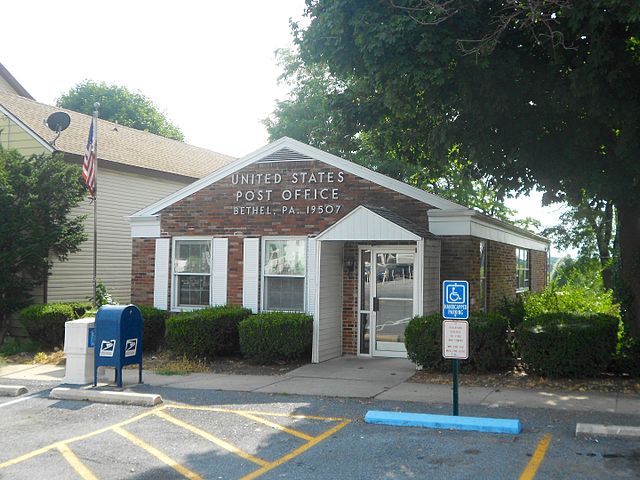 It’s also the birthplace of Barbara Felden from “get smart” yeah! agent 99 loved her. Anyway, this is one of the better places to live in the Pittsburgh metro area. That’s my opinion.

De Pere is a small suburb of green bay and it sits on both sides of the Fox River. It’s a beautiful state with great stats in almost every single category. Milwaukee has a few parts that are kind of scary but 90% of the state is a great place to live.

De Pere a perfect example of that if you get past those green bay winters. This is a good option for relocating. They do have some cold up here. That’s the worst part about living in this part of Wisconsin or pretty much almost all of Wisconsin. It can get cold like make an Arizona transplant, cry type cold. Yeah! That kind of cold.

The housing is 9% lower than the national average. The graduation rate in De Pere is 95%. This is a great place to move a family too.

Are you sitting down, I hope you’re ready for this. There’s a place in St’Louis that is a really nice place to live and it’s called Ballwin. No ‘d’- just Ballwin. Not like Alec Baldwin dropped the ‘d’.

Ballwin ball went as a suburb. West of downtown St’Louis and it’s not some wealthy suburb. It’s a nice middle-class town on the outskirts of a really crappy city. Ballwin was ranked as the second best small city in Missouri by area vibes. That’s a plus. It was established as a town in 1837 the community was named after john ball, who settled the town on the current site in. 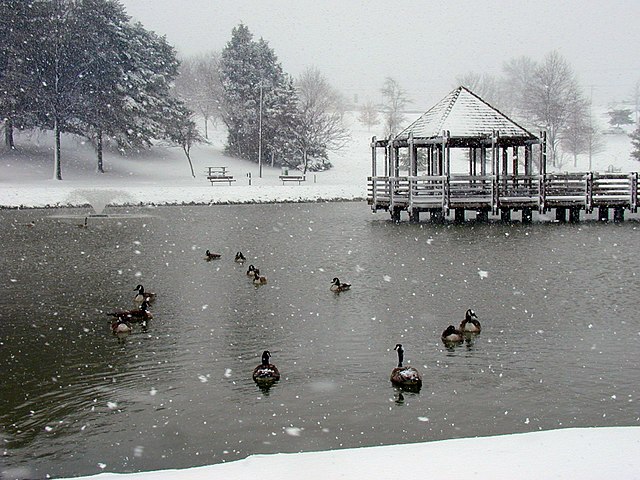 The high school graduation rate is 96% and their test scores are 47% higher than the U.S.A. average. This is a really nice place to live, if you have to live near St’Louis.

Right around the bend and across the Ohio River from Cincinnati, you have Fort Thomas. Fort Thomas has some pretty interesting history, maybe. Evidence suggests that somewhere around 1750 prior to European settling the area a large battle occurred between a band of Cherokee Native Americans and Miami and Shawnee Native Americans.

In what is now the city of Fort Thomas? As many as 600 graves of slain warriors have been unearthed by archaeologists there and this has been going on for years. They figured this was a major battleground for the Native Americans.

It’s still not uncommon to find arrowheads and other artifacts from the past, while gardening or hiking in the woods or even exploring the stream beds throughout the city. Yeah! They still find them to this day. But these days Fort Thomas is a great place to live and the stats will prove that.

The crime here is 82% lower than the national average. Their cost of living is even with the national average. The median home price is 9% lower and get a house here for about 220,000 dollars. That’s in decent shape and their school test scores are 54% higher than the U.S.A. average. This is a solid place to live for anyone. Especially history buffs that are looking for arrowheads and stream beds and parks stuff like that.

Okay! Now we’re getting into some of the towns that might be a little above the national average for cost living but everything else is outstanding. Gross point woods is a perfect example. Its right up the Detroit River from Detroit, on Lake Saint Claire and it’s a world away from what is Detroit. It’s a nice place. 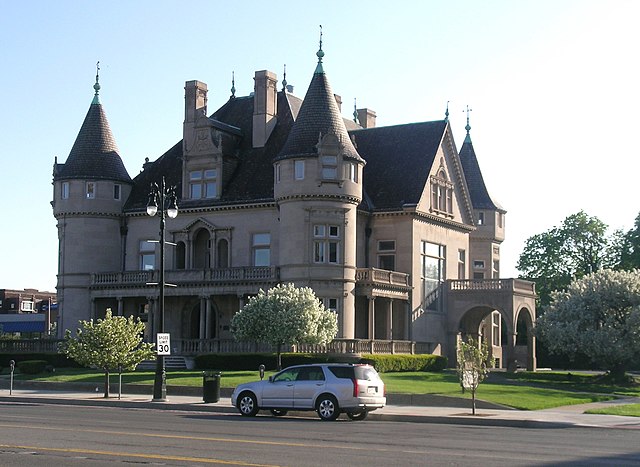 Ankeny, Iowa is a great place for families or anyone really. First things first it’s in Iowa, so it might be a little boring. If you’re moving here from someplace like Chicago or L.A.. But sometimes boring is good not everyone wants to go clubbing every week or at all.

Like I said a great place to raise a family and there are farms everywhere. So, if you’re like a cow-tipping enthusiast you’re in luck.

Papillion yeah! That’s its name Papillion is known as the Barcelona of Middle America. I’m totally kidding! Nobody’s ever said that I’m pretty confident nobody’s ever even thought that. Papillion is yeah! It’s kind of a dull place. It’s a suburb of Omaha, Nebraska with about 19 000 residents and the most exciting thing here is one of those ride-sharing bike rental things was installed not too long ago. Yeah! But like I was saying sometimes boring is good and Papillion’s got a lot of good.

The flagpole is located in front of the fire department on northwest parkway. Besides having really cool flagpoles Hilliard has 33 000 residents that really like their hometown. I know this because I looked them up on yelp.

Now if you really wanna be a big spender you could find homes here that are over 400000 but the really nice ones are going to be somewhere in the 300 000 range. Hilliard’s a nice place to live that’s why they’re number one on this list.

All right that’s today’s list. I want to do some more of these just like this. People ask me all the time about the best places to live in the united states that. Is a question I get a lot in a lot lately? With you know the economy, how it’s kind of in a weird position right now and things might be changing. A lot of people are gonna be looking for really nice places to live that aren’t terribly expensive.

Customer Asks American Airline’s Twitter Team For Help, And They Kicked His Companion Off The Flight

7 Best Places to Visit in Arkansas During...

Best Places To Visit While You’re in Athens,...