Today I’m going to mention you the states with the lowest cost living in 2021.

Life here in the United States is somewhat moving towards normality and a post-pandemic life may actually be in sight. We’re also starting to realize how bad the economy is damaged. Life in 2021 and beyond might be considerably different from before the pandemic.

State to state migration has picked up steam and people are starting to research where their next home state might be. After jobs people research cost of living and cost to housing another one that is important but not often looked at is the cost of groceries. It does vary state to state a lot in some cases in this list we’ll include all three of those things.

The cost living index is based on the U.S.A. average of 100. Any amount below 100 means that the cost is below the nation’s average and any amount above means the cost is higher than the nation’s average. It’s that easy easiest way to understand. Let’s say Virginia is average if it costs a dollar a pound for flour in Virginia. It costs 93 cents in Louisiana because they have a grocery index of 93.

Simple, all these stats are from the U.S.A. bureau of labor and statistics.

Let’s see what we found:

Indiana is a state, I think will become more popular in life after covid. They have more than enough small towns with good internet and a low-cost living that should draw remote workers in.  If you’re retiring and just want to kick back and relax and you don’t mind a little cold, the Hoosier state might be a good option.

Keep in mind, Indiana parts of south bend and parts of Indianapolis are not good options. If anyone suggests that you move to any of those cities, they aren’t your friend and un-friend them. The cost living index in Indiana is 90.4, grocery cost index is 92.3 and housing costs index is 76.5. That’s not bad.

Tennessee is where you go when you want a little of the big city feel but you want to live near the country, you know not too far away from rural areas that’s easy to do in Tennessee.  Other than Memphis, there aren’t a lot of terrible places to live in the volunteer state.

But according to one guy named Marty whose from Memphis says, there’s nothing wrong with Memphis and I should be arrested for lying and frauding.  Tennessee spelt it f-r-a-d-i-n-g. I replied back with how as Tennessee defrauded, he replied with who’s defrauded. I’m talking about you.

It was that point I realized if I continued interacting with him, I would just become dumber. 2 days later I got an email back from him. After not responding, he said I didn’t think you’d have anything to say. I’m at a loss people; I am totally at a loss for this dude.

Anyway moving on the cost living index in Tennessee is 90.2, the grocery cost index is 94.5 and housing is really low at 82.6. That is not bad. Taxes in Tennessee are very low. so that helps out, there’s no state income tax and food costs are very low like I’d said.

Cities like Morristown have an average cost of living that’s 13 percent lower than the national average. It’s a great time to live in Tennessee.

New Mexico has a bunch of problems. Poverty and crime are what would be considered major problems here. That in part is why the state is so inexpensive. New Mexico is always in the top 10 when it comes to poverty and that doesn’t mean you can’t find nice places to live.

You have places that are nice and a little expensive, like white rock and Los Alamos. to places like Lovington and Hobbes that have a really low cost of living and a little more crime than they need to have. Now when I say crime, I’m not talking bad side of Detroit or south side Chicago crime. This is New Mexico crime, it’s not the best but it’s not crazy.

The cost of living index is 89.6 grocery cost index is 99.0 and housing is 80.4. One other thing about New Mexico it has some of the lowest utility costs in the country.

The yellow hammer state is starting to show signs of life. Since 2018, they have started to see an increase in younger workers. Mostly on the tech side of things with new college grads. Smart people are moving to Alabama whoever saw that one coming. Normally you were smart if you didn’t move to Alabama.

But the tech people are moving Alabama sort of destroying that old stereotype about Alabama that gave us great jokes like, “what do you call 23 John Deere tractors at a dairy queen?” “Prom night in Alabama”.  Alabama’s got some spots you don’t want to live in but they also have some really nice areas.

These are all really nice places that you know they can get expensive but then you have some places that are still decent. Like Helena, Spanish, fort mobile, they’re decent you know, not perfect.

The cost living index in Alabama is 89.4, grocery costs are 95.1 and housing get this 70.2, so just a refresher that means with a 70.2 housing cost index, an apartment in Virginia that costs a thousand dollars only cost 700 in Alabama, not bad.

Georgia is an inexpensive state to live in and would really shine if you took Atlanta out of the equation. Land is expensive in general the entire state is inexpensive but Atlanta is a little different. You have beautiful cities here like savannah that aren’t crazy expensive. 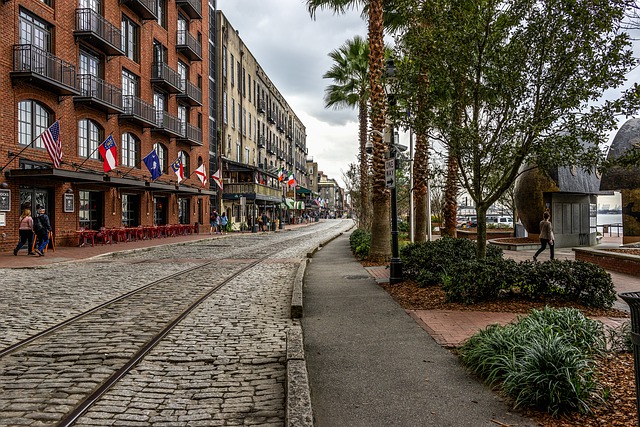 If you look at savannah and you see down by their waterfront and all that it’s a beautiful historic city and you think this place is expensive. It’s really not. Georgia’s another state with great places to move for remote workers. The median rent price in Georgia is cheaper than the rest of the country. The cost living index is 89.4; the grocery cost of index is 99.0. So it’s almost even and the housing is 71.3.

The show me state is probably the state I would choose out of all the states on this list. The Lake of the Ozarks is an incredible place to own land and live and I’ve been looking into it. I doubt I’ll ever move there or anything like that but it’s one of those things I think about sometimes. Anyway Missouri is investing in internet infrastructure and more and smaller towns are getting decent internet.

That’s always been a problem with Missouri they were kind of behind outside the cities, when it came to internet. Indiana is kind of the same way but lately they’ve been changing that and I think it’s an attempt to draw in more remote workers.

Now if they could just get the locals to quit calling it the interweb they’d be okay. I’m not even kidding.  it was people in Missouri and Indiana that portion of the country it was just weird, Arkansas too. They used to call it the interweb a lot also. The cost living index in Missouri is 88.9, grocery cost index is 97.6 and housing is 71.6.

Kansas is a state that was built on farming and these days they are big in meat packing and manufacturing. They have a lot of open land and not a lot of people outside its major cities so housing tends to be on the cheaper side. If you’re an avid hunter, you should be aware of a few restrictive hunting laws they have in Kansas.

Number one: it is illegal to use a mule in duck hunting. Number two: you can’t shoot rabbits from your motorboat, that’s no joke. Look it up Kansas again, like a lot of other states have now started to see, where the country is going. So they’re really putting a lot of effort into getting faster internet to some of the more rural places and trying to track a lot of remote workers. Cost living index here is 87.9, grocery cost index is 92.8 and housing is 71.8. it’s kind of cheap to live in Kansas.

Well it’s Arkansas so you know it’s going to be cheap. Like I’ve said before the northwest corner of the state is a little bit different. It actually is a place with jobs and not that much crime or poverty. The rest of the cities in Arkansas aren’t ideal to put it mildly. 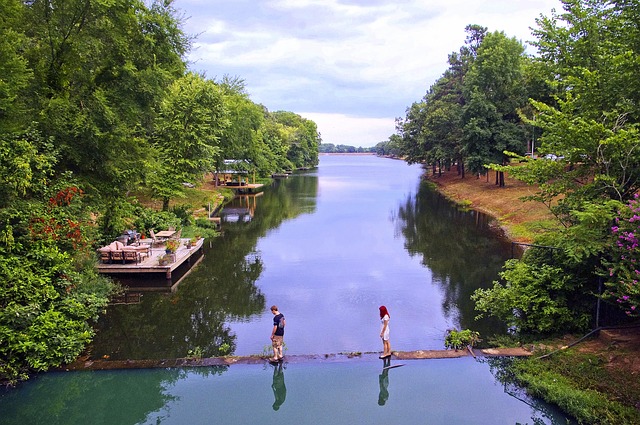 Unless you’re criminal then by all means knock yourself out you’ll find a lot of like-minded idiots in those cities. But the small towns scattered around Arkansas are decent. Most of the time and they’re always cheap.

Oklahoma is like Kansas and a lot of the other states around this area. They have a lot of open land and a ton of small towns with a real low cost of living. The two main cities in Oklahoma are Tulsa and Oklahoma City and they both have a low-cost living. Both cities have a cost of living that’s 13% lower than the national average. Those are big cities.

That’s unheard of cities are always more expensive than the rest of the country, not here. Both Oklahoma City and Tulsa have some crime. Like all cities in the nation but not crazy. Both have jobs and neither is wrecked with poverty. They also have a lot of small towns that would love to have you.

One thing to keep in mind, Oklahoma does have jobs; they just don’t have many good paying jobs. So if you’re showing up like a remote worker with your own job or something like that. Oklahoma’s probably ideal the cost living index is 86.8, grocery index is 94.1 and the housing cost index is 70.1. You could save some money moving to Oklahoma.

Hey look it’s our old pal the magnolia state. Mississippi makes it onto a list with a positive spin for once. They never make it onto positive lists. But I guess part of the reason they’re so cheap and made it onto this list is, because they suck like a dyson vacuum with the jet engine in a lot of respects.

Most of Mississippi’s issues have to do with poverty. This is nothing new to this place they’ve been broke for so long the federal reserve won’t even return their calls and I think they may have actually unfriended them on Facebook.

It is dirt cheap to live here this is like nirvana for remote workers and retirees looking to save some money. Stay out of Jackson and you should be okay. Jackson Mississippi is not a good place to live. the rest of the state with all these little small towns here and there. They’re pretty nice they have some really run down small towns. So make sure you choose wisely.

But the good small towns are really good and they have quality people there. The cost living index in Mississippi is 84.8, the grocery cost index is 93.1 and the housing cost is 66.7. So Mississippi is your number one state to live on the cheap in 2021. Hopefully 2022 will be better.

All right that’s today’s list. Hope you got some information out of it. Be nice to each other.

7 Best Places to Visit in Arkansas During...

Best Places To Visit While You’re in Athens,...